Ducati MotoGP rider, Nicky Hayden, returned to his roots during the recent Indianapolis MotoGP event with
a visit to the Indy Mile dirt track and a few exhibition laps aboard a special Ducati flat track bike. Nicky
brought his entire family and MotoGP staff out to enjoy the flat track show just hours after qualifying his
Ducati on the front row of the grid for the first time.

The Indianapolis Mile is the Superbowl of the Grand National dirt track season, the biggest race of the year
and the one everybody wants to win. The riders pilot their bikes around a one mile dirt oval at speeds of up
to 135mph and, with no front brakes, rely upon sliding sideways to shed speed and take the corners. The
sport not only provides a spectacular show, but also an intense training method for riders to master bike
control, many of whom later apply it to motorcycle road racing. Nicky Hayden was one such rider as a
youngster, honing his dirt track skills on the family’s Kentucky farm and racetracks across the Midwest
before moving on to AMA Superbike racing and eventually into MotoGP.

Fast forward more than ten years, two AMA titles and a MotoGP world title, and it all came full circle for
Nicky. As the Grand Marshall of this year’s Indy Mile dirt track race, he was welcomed by a mass of
screaming fans and kicked off the festivities in grand fashion, by inviting Ducati President and CEO,
Gabriele Del Torchio, on stage to make a very special announcement. In front of Nicky’s home crowd and
amidst a showering of fireworks and fanfare, Mr.Del Torchio made the first public announcement of Nicky’s
continued two year deal with the Ducati MotoGP Team. Capping off the announcement, Nicky wished the
evening’s racers all the best, and proceeded over to the Lloyd Brothers Motorsports paddock to check out
the special Ducati Hypermotard-powered dirt track bike that friends and old competitors, Larry Pegram and
Joe Kopp, would be racing that evening. Back in May, Kopp had ridden the specially prepared machine to
victory in Arizona, marking the first time a readily available production engine had won a Grand National
Twins race in 29 years.

In front of a sold-out crowd, Hayden suited-up in his leathers and exited the paddock on the red Ducati,
sending the crowd wild with anticipation. He wasted no time and twisted the throttle hard out of the pits,
diving into the high-speed turn one completely sideways on a bike he had never ridden before. Three
incredible laps later the crowd showed their immense appreciation as Hayden pulled back into the pits and
removed his helmet to expose his signature smile. A smile made bigger by the opportunity of returning to his
roots on a flat track Ducati. 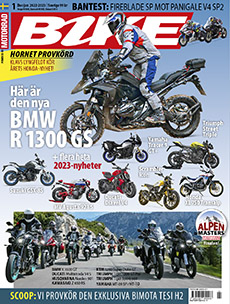